May 2008: Let aviation professionals get you to this year’s destination.  Private aircraft charter has access to more than

5,300 airports in United States, compared to the 558 served by large airlines, according to Rena Davenport…   Read Entire Article

Flying Standby With A Wing and a Prayer

November 2008: An extension of Exquisite Air Charter, a charter airplane corporation, the philanthropic outfit is

dedicated to facilitating medical related flights to those in need.  It aims to “insure that no man, woman or child…  Read Entire Article 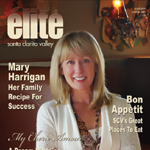 February 2009: After a decade-long romance, a New Mexico couple decided to travel to Las Vegas to make a lasting

commitment. However, less than 48 hours after the couple’s wedding, the groom went into cardiac arrest and was

rushed to the intensive-care unit of a Las Vegas hospital. Once well enough to travel, the groom needed to be

transported back to his home state. But the expense of such a flight, which would also require a skilled medical team

on board, overwhelmed his new wife. For help, she turned to Rena Davenport, founder and board president of Angel Wing Flights, an extension of Exquisite Air Charter…   Read Entire Article